You are here: Home1 / Blog2 / The Future to Combat Bias is: Freelance

A freelance platform to showcase specialist talent could be the way to combat bias. A new world where open talent is easily accessible, hiring is location agnostic and bias free.

In the year 2020, you can get from Austin, Texas to Amman, Jordan at the push of a button. You can see what’s happening in Azerbaijan in real-time from your home in Angola. Businessmen and women can conduct a meeting in Albuquerque, New Mexico with people from Auckland, Alexandria, Addis Ababa and Abu Dhabi all online at the same time.

“So what are you?” “You don’t have X.” “You have a funny name”  “People like you usually don’t work here.” “We only look for people who graduate from X.”  “I thought you were someone different from the name on your resume.” “You’re the whitest black person I know.” “So what happens when you have kids.”

Have you heard these questions and statements before? Maybe you haven’t but for many workers, especially, women and minorities, the above quotes are heard almost daily. Some bosses or hiring managers may mean them. Some may not. But the fact of the matter is all of these communications serve to denigrate the recipients.

What we see in the above italicized are serious examples of bias, or an inclination of prejudice for or against someone or something.

Let’s take this one further.

We’re currently in the middle of a pandemic, where many are forced to work from home. Those questions get taken further, to things like:

“​How did you not see that email?”

“Oh… you live in THAT neighborhood.”

“Why are your kids in the background?”

“Oh, sorry, employee X, I just haven’t gotten around to talking to you. Been focused on X employee.”

Workers are unable to do anything about their conditions- most places that carry internet connections have been shut down, or limited in their operations. Schools are closed, and nannies aren’t exactly coming to the door with all the risks involved. With managers demeaning workers like this, how is anyone supposed to

(1) feel good about the work they do

(2) feel confident in the work they do

or (3) survive the pandemic professionally intact?

While some bias might be conscious, you have an awareness of it or an intentionality to do it, or unconscious bias (sometimes called microaggressions)- you do it without realizing it, the result of each of these microaggressions is a negative effect on the employee. As your lack of awareness surrounding these comments builds up, so too does the frustration of the person receiving these remarks.

Your company might not understand their own biases, but they will understand the financial losses that incur when your leaders do not check their own bosses. These financial hits come in the form of a sullied reputation among potential employees- especially minority employees, harassment and employment lawsuits, a loss of customer loyalty, and even a lack of traction when trying to market to new employees.

The Future to Combat Bias is Freelance

Meaningful inclusion efforts undertaken by HR, talent or people professionals and their allies are often thwarted by untrained leaders and managers who judge employees less on how their work improves the business and more on likability, facetime and other vanity metrics.

It is now not about whether an employee “looks like” they are doing the work, rather if what they created is productive, relevant and beneficial to the business. When subjectivity is removed from the productivity equation, it opens up opportunities for people of all backgrounds to be judged in a fair and equitable way, opening up career opportunities to those who may have been denied in a prior setting.

Your Talent Pool Is Now Worldwide

Those companies who embrace the remote lifestyle and hiring off of freelance platforms now create another opportunity: the ability to hire across the globe. While various world cities (New York/London/San Francisco) are the epicenters of specific industries (banking, finance, technology fashion, etc), a shift towards remote work has shown that talent can be discovered and productive anywhere. This new way of work allows other cities to pop up as regional industry hubs and further galvanize the knowledge economy base of those regional metros.

But this can all come at a price to the local talent that currently exists in the marketplace.

While remote work has allowed the world to become interconnected and knowledge shared at a rapid rate, it has exacerbated the gap between those countries who have a strong knowledge economy base, and those who do not.

When multinational corporations set up shop in new markets, they tend to bring their own talent. Why? Because it’s easier when someone already knows the corporate lingo and how the company business runs. The same can be true when a government encourages foreign investment- sometimes, there can be a bias against home country workers who the company doesn’t believe have the skills compared to the workers coming into the country. What ends up happening is the higher paying jobs go to those expatriates, putting more strain on governments to provide social services nets to unemployed nationals.

The programs of Saudization in Saudi Arabia, Emiritisation in the United Arab Emirates, and Black Economic Empowerment in South Africa all aimed to address the economic and workforce disparities brought on by bias, discrimination and and a lack of industry diversification (oil, specifically in Saudi Arabia) that was hurting their eligible workforce across the country.

However, each state program has run into trouble. The BEE in South Africa is dogged by accusations of corruption, race-based recruiting, and an exodus of highly skilled workers leaving the country. Critics of Saudization point to the education gap, as many Saudis are unwilling to take jobs that require manual labor, but are not skilled enough to take technical roles. Not only that, but with strict Saudi employment requirements in place, many Saudi-owned businesses employ nationals that have little motivation to work, putting a strain on the business. Emiratisation sees progress in the public sector, but there is still a wide private sector gap between nationals and expatriates.

So what’s the solution?

A freelance platform to showcase specialist talent could be the way to combat bias.

A Platform to Level The Playing Field

A lack of meaningful results in all three programs shows some underlying issues. First, a competency gap. Second, a lack of trust by host nations in hiring their own. Third, no dedicated path to growth for potential national employees. And finally, systems that reward compliance above all else.

Compliance doesn’t produce innovation and it doesn’t change the game when the goal is to upskill an entire nation. In fact, compliance increases the likelihood of bias.

But a freelance platform to showcase specialist talent does.

It allows individuals to build and showcase their skills in small increments in a variety of situations. Employees are not measured on who they are or what they look like but on what they do. Clients can try these consultants out, and with each engagement the confidence grows on both sides. While at the start, companies may still prefer expatriates, the opportunity is now there for nationals to gain skills in an equitable way.

Companies can get creative with hiring on a freelance platform. Maybe a team starts out employing a national in a translator role through the platform. With time and success, trust builds. The company could then transition that person into other roles and give them that competency needed to train someone else in their previous role. Soon, you have qualified nationals creating opportunities for one another in higher-level positions creating a whole class of people ready to take on the roles of their expatriate counterparts.

While the process is not quite that simple, leveraging a freelance platform to showcase specialist talent could be the is the first step.

Without bias and without barriers comes responsibility.

You might be interested in exploring the new features added to One Circle and our Yellow Room where you can book virtual discussions with our freelance HR consultants. 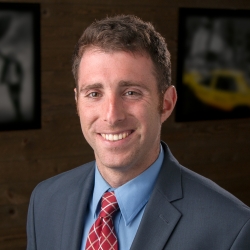