You are here: Home1 / Blog2 / The escapades of an HR executive from East Africa

I started a two-year secondment as an HR executive in 2013 in Nairobi and my first two months was a blur as I tried to find my feet in a new country and in a different role.

My role for Deloitte, included working with HR teams and local talent across a number of countries – Kenya, Uganda, Tanzania, Ethiopia, Rwanda and Burundi. I did not at first have the luxury of a vehicle and initially relied on a bunch of great Kenyan taxi drivers to get me from the apartment to the office and back every day.

Traveling with these guys gave me a good introduction to the Kenyan and the East African way of life and how the pulse works in this world. There is a saying that indicates the rhythm of East Africa and that is “nothing is what it seems”.

Late in December (2013) I drove my own vehicle up to Nairobi. This trip, on my own, was from Johannesburg through Botswana, Zambia, Tanzania and into Kenya. This was over 5 days (4400 km) and it was a beautiful road trip.

During my time in East Africa I experienced many road trips and positive interactions with the people and the nature of East Africa. One particular interesting trip took place during April 2014.

My wife and I travelled together to Kampala (Uganda) from Nairobi during which I landed up in holding cell.

This was a work-related journey. The speeding laws are vigorously applied here in Kenya. I was told that maximum speed is 110km, but it turns out that only applies to double lane highways. On most roads it is 100km and 50km around the villages.

Just before some remote little village I was pulled over for supposedly doing 112km. The rules here (probably unless you pay a bribe) is that you have to appear in court.

So, they kept me and a couple of other people at the local police station for 2 hours where they also kept my driver’s license. Then my wife had to drive me to the local magistrates’ court which is about 20 kilometers away.

Inside a cell in a Kenyan prison

They put me in a holding cell with about 50 other people (believe it or not including some so called chicken stealers, thieves, rapists and a few murderers) and held me there for 3 hours while waiting for the traffic offenses to be heard. I was the only foreigner in the group where we all stood shoulder to shoulder.

In the meantime, my wife sat around outside with her camera. She secretly had been shooting everything on video from the hip – although one cop I think suspected her and he kept wagging his finger at her. At one point he even asked for her camera but she refused.

Anyway, she could smell the stink from the cell from where she was sitting about 30 meters away. When entering the cell, I nearly gagged because of the smell but someone who was a pastor (also in for a traffic misdemeanor) came and stood next to me for the whole time (about 3 hours). He gave me a sense of calm and stillness. We had many interesting conversations about life and the situation that we both found ourselves in.

Many people came over to me and spoke about their predicaments and I was humbled to hear about the lives people led. In the end I pleaded guilty and paid about +/- KES 7000 (+/- R1,200) as a fine. We then had to drive all the way back to the police station to get my license and then go on our way. So, in the end, we lost about 7 hours of traveling time.

Now for me what is interesting about life is to ask oneself – what have I learned from the above experience and what could I have done differently? I usually have a rough checklist in my head that I often use when I think about situations. Here are some views.

‘Nothing is what it seems’

By starting to immerse myself in the local culture and experiencing life with Kenyans from all walks of life it quickly placed me in a very positive and accepting way with the leadership and the teams that I worked with in East Africa. To get to grips with the issues in an office and within a society you have to spend quality time in the environment.

There is an approach that should not be encouraged – the seagull approach.

This is where the bosses fly into an office for a couple of meetings, SHOUTING on everyone (different scenario as you can imagine with birds) and then fly out again as quickly as they can.

Let us get together and see how we can grow and develop your leadership and teams to perform at an exceptional level. The goal is always to add significant value to your people and your business.

I look forward to working with you to make your dreams a reality. You can find me here. 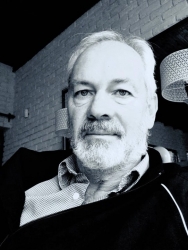 Philip Grobler
Philip has significant HR transformation experience in many global locations with a focus on Southern Africa, East Africa and Central Africa. Philip assists businesses throughout their transformation journey in creating a culture of engagement led by purpose and values.